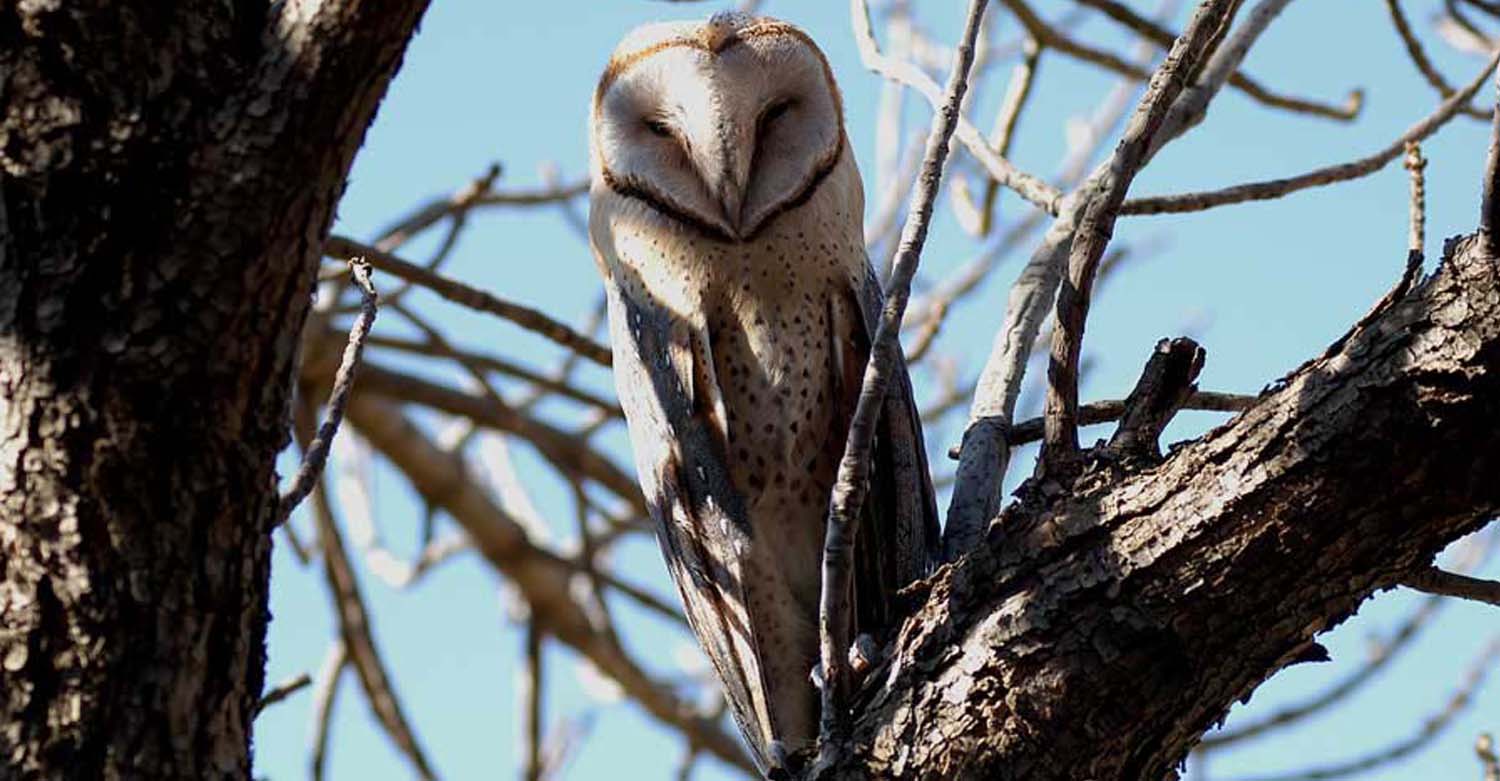 The Barn Owl has earned itself the nickname ‘ghost owl’ because of its pale plumage and chilling call. This creature is one of the most widely distributed bird species in the world, and the superstition surrounding it has been unwittingly passed down from generation to generation. Throughout history, Barn Owls have been associated with superstitious beliefs such as symbolising death and bringing bad luck.

These superstitions have led to the senseless and cruel killing of these birds over the decades, however, farmers and enlightened city-folk hold these splendid birds in high regard, because they protect crops by feeding on rats, mice and birds. In recent years, it has become popular to put up owl boxes on farms or in gardens to encourage these birds to nest there – and since Barn Owls reuse nesting sites year after year, the lucky home owner who gets a breeding pair to live on his property has free pest control for life! (Birdlife South Africa 2016).

Varied, but always near suitable roosting cavities in cliffs, buildings, deep wells, mineshafts. Nests in holes in tree trunks, bases of palm fronds; from woodland to desert, but not forest.

Usually in pairs. Roosts by day in suitable cavities; when disturbed, elongates body and almost completely closes eyes. Emerges at dusk to hunt by quartering around in alternate flap-and-glide flight; may hover to scan ground, or beat bushes to disturb roosting birds; also hunts from perch. Weaves lower head from side to side in threat display.

Incubation and fledging: Usually five eggs. Incubation 30-32 days; chicks hatch over several days. Nestling: 50-55 days; as little as 45 days if food abundant. In years of rodent plagues, first egg of next clutch may be laid before young or current brood have left nest.

The photograph was taken by E Stockenstroom.