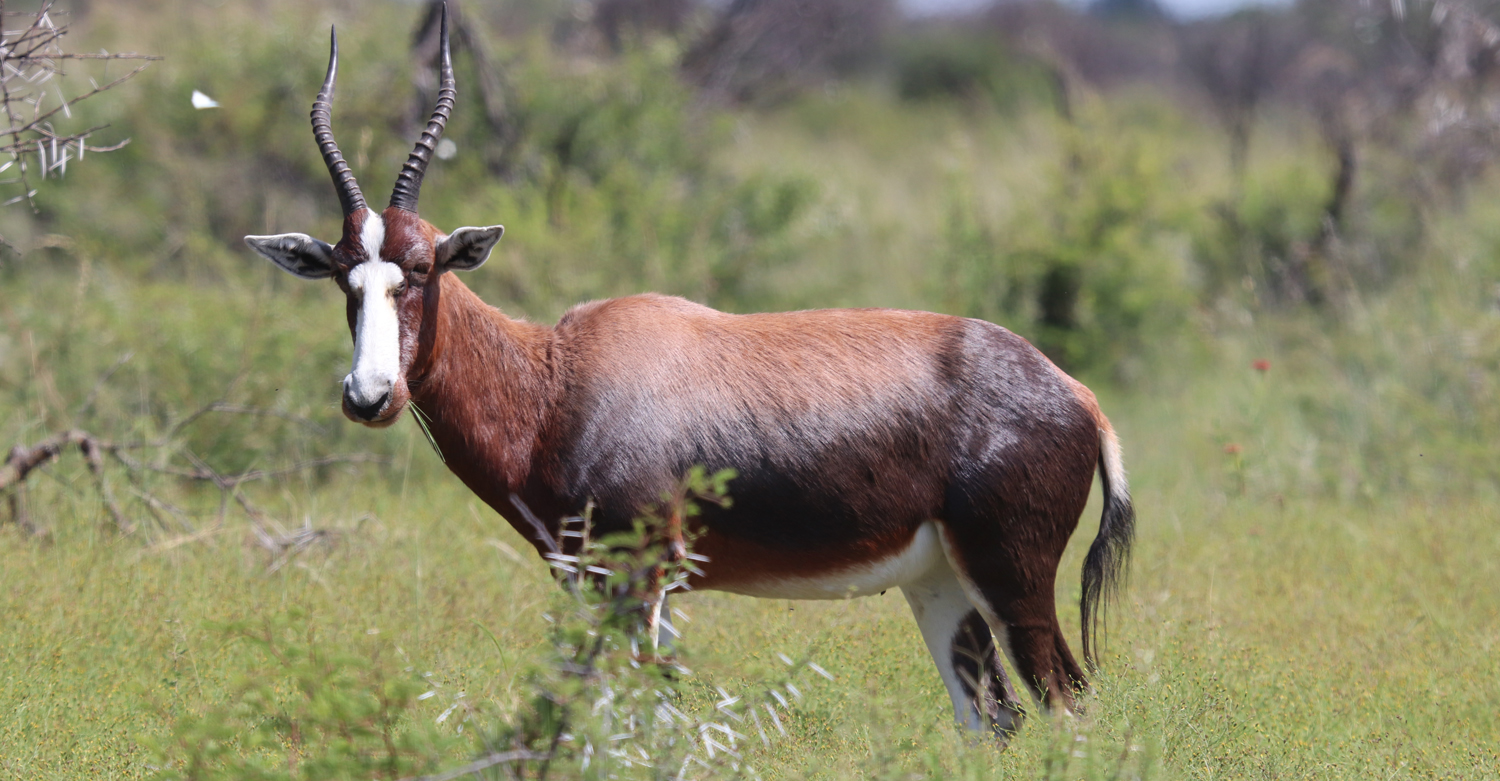 The blesbok or blesbuck (Damaliscus pygargus phillipsi) is an antelope endemic to South Africa and Swaziland. It has a distinctive white face and forehead which inspired the name, because bles is the Afrikaans word for a blaze such as one might see on the forehead of a horse.

Physically, rams and ewes are very similar. They can weigh up to 85 kg. A characteristic of the blesbok is the prominent white blaze on the face and a horizontal brown strip which divides this blaze above the eyes. Body colour is brown with a lighter-coloured saddle on the back, and the rump an even lighter shade. The legs are brown with a white patch behind the top part of the front legs. Lower legs whitish. Both sexes carry horns, ringed almost to the tip. Female horns are slightly more slender. The neck and the top of the back of the blesbok is brown. Lower down on the flanks and buttocks, the coloring becomes darker. The belly, the inside of the buttocks and the area up to the base of the tail is white.

Blesbok can be found in open veld or plains of South Africa and Namibia. Their preferred habitat is open grassland with water. They often occupy relatively small territories of 2.5 to 6.0 acres in size. They were once one of the most abundant antelope species of the African plains, but have become scarce since 1893 due to relentless hunting for their skins and meat.

The blesbok is a seasonal breeder, with rutting from March to May. Births peak during November and December after a gestation period of about 240 days (8 months). Females give birth to a single calf per breeding season