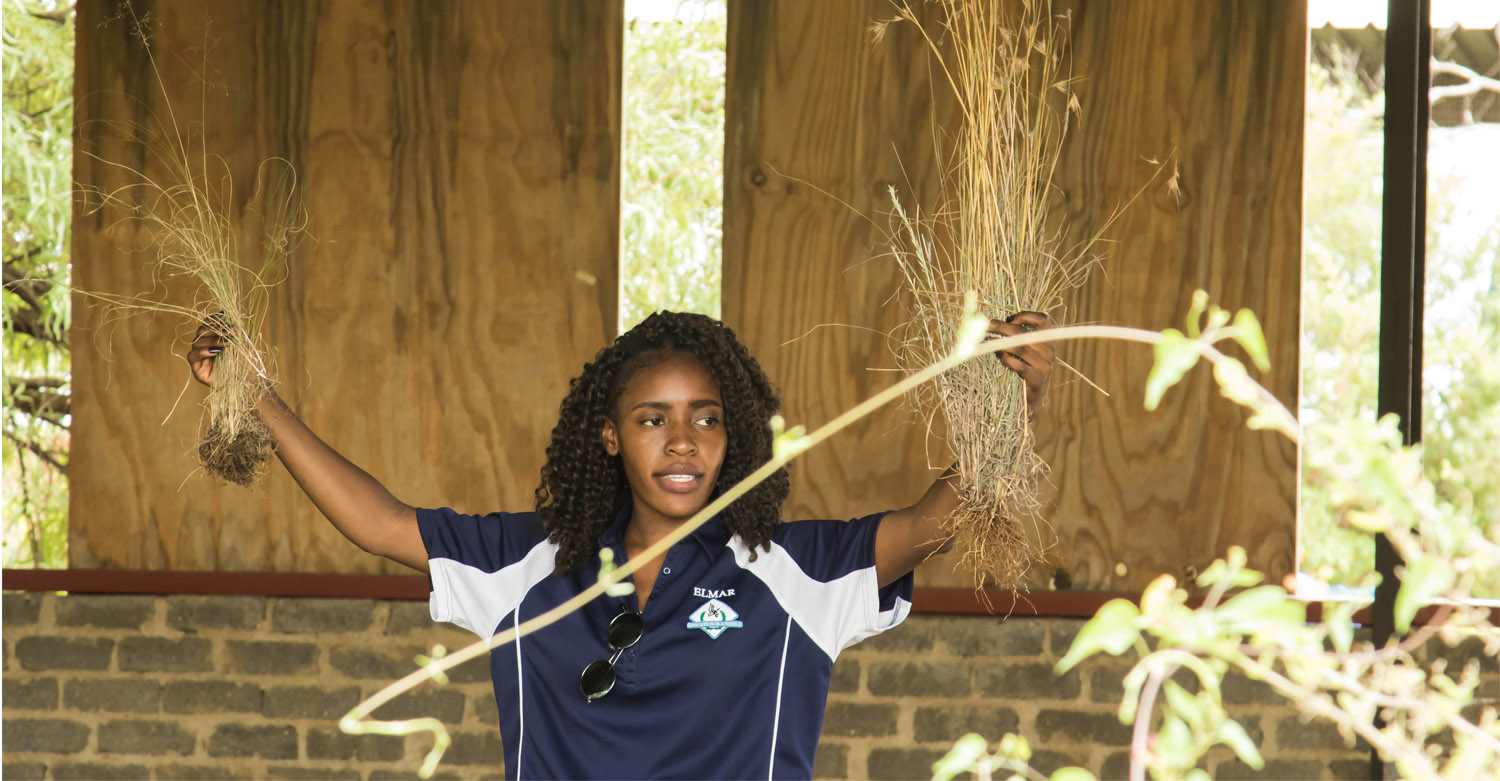 The stem of a grass is seldom branched. It is mostly hollow and straight, interrupted at intervals by swollen joints called NODES. The stems are called CULMS.

Leaves start at NODES. The part of the leaf closest to the node encloses and protects the shoot in a LEAF SHEATH. The further portion of the leaf opens out and is the LEAF BLADE. The LEAF BLADE is usually long and narrow, and tapers to a point.

Where the SHEATH and the BLADE meet, there is a small tissue flap called the LIGULE. This flap is sometimes nothing more than a fringe of hairs. It may also happen that the LIGULE has little projections on either side called AURICLES.

The flower head of grass is called INFLORESCENCE. There are no petals, and the flower is protected by scales called a FLORET.

All the florets are protected by a second set of scales called GLUMES. GLUMES may have bristle-like extensions called AWNS.

The entire structure – Florets, glumes, and awns – is called a SPIKELET.

The arrangement of the SPIKELETS into the INFLORESCENCE is often the first key in grass identification.

Look out for our post on the arrangement of the inflorescence