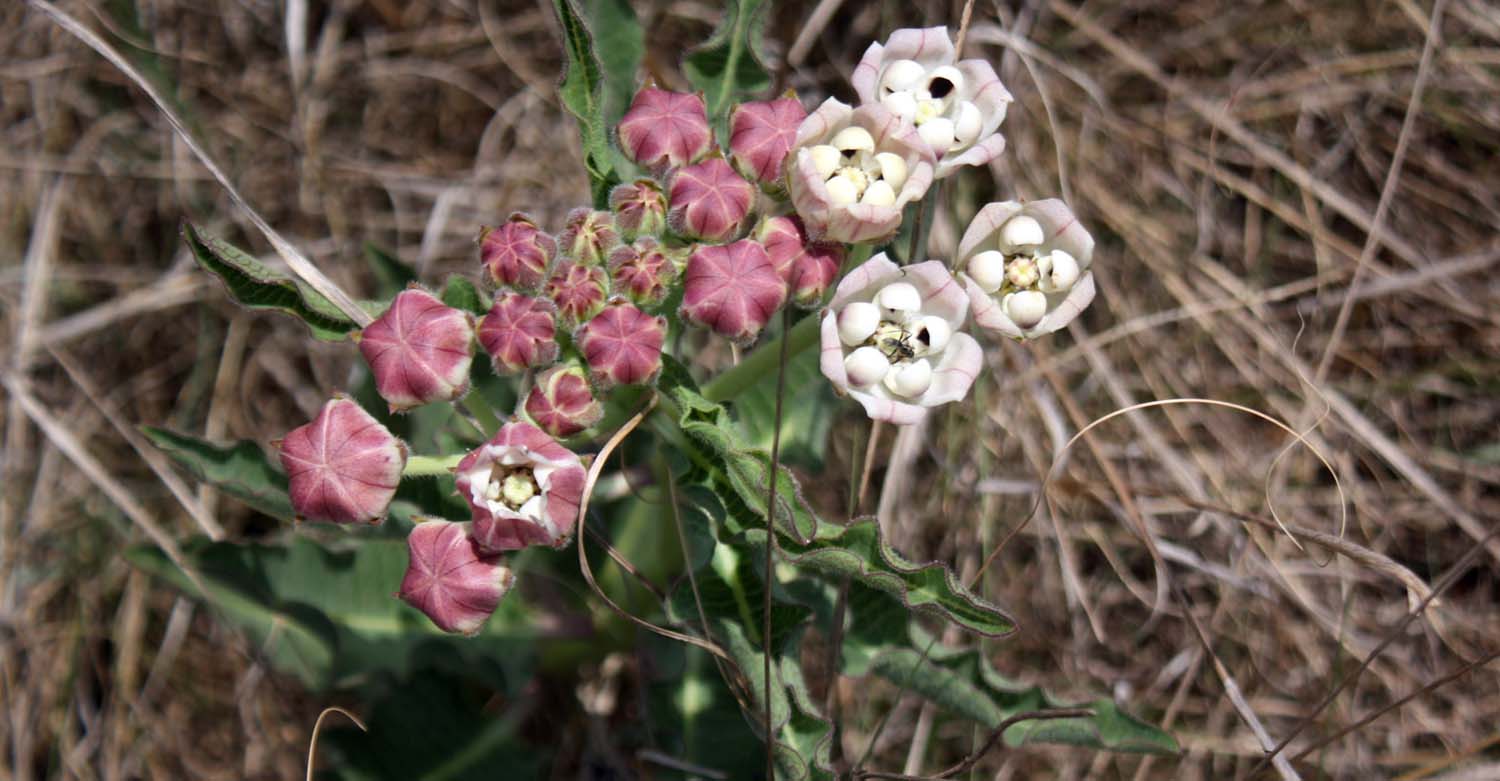 Pachycarpus Schinzianus is also known as Creamcup or Bitterwortel, and is a rough-textured, erect perennial which grows between 0.3 and 0.6 m tall. Every spring it resprouts from an underground rootstock.

The leaves are large simple leaver, leathery, with rough hairs. They are up to 100 mm long, with wavy margins usually with a red or maroon edge.

The flowers are cup-shaped, carried in clusters of about four on the tips of the branches. The flowers are cream-coloured to yellowish to pink. The corona always has a maroon blotch on the channelled inside.

The plants contain thick milky latex which is secreted wherever a plant is damaged. The milky latex is extremely bitter from the glycoside contained in the sap. It flowers from September to February.

This endemic species, though not protected or threatened, is a grassland plant, and the Gauteng grasslands are increasingly under threat of human impact. It is also widely harvested and is fast disappearing (like many other medicinal plants). These two factors may influence the future status of the species.

Browsed plants are frequently encountered in the wild. However, experiments have shown the plants to be poisonous to sheep and guinea-pigs, which died within one to two days after consuming the plants.

As with many members of this family that have a deep rootstock, it is quite difficult to cultivate the plants. Plants of Pachycarpus generally have some of the most spectacular flowers in the subfamily Asclepiadoideae and are not in general cultivation. The flowers last but a few days, the fruit and stems are not very attractive and the stems die back after fruiting and in the colder months. All this probably discourages growers to attempt cultivation. The various species are furthermore prone to infestation by insects.