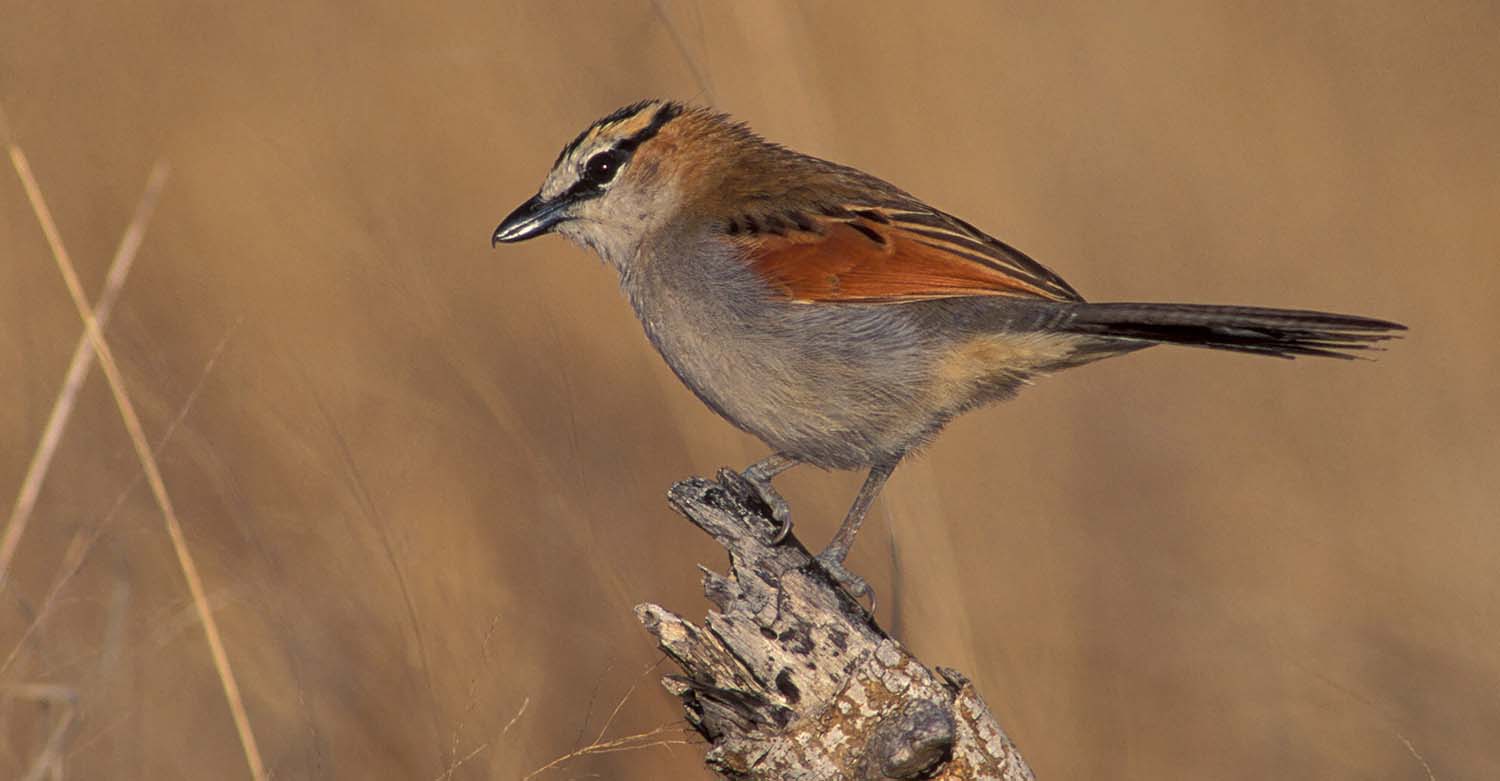 This bird of the Crocodile River Reserve tends to favour the northern mountain bushveld.

The black forehead and crown differentiate this Tchagra from other Tchagras. It is also a larger, bolder bird and is more conspicuous in its behaviour. The eyebrow is white, bordered with a black streak running from the bill through the eye to the back of the head. They have a brown back, greyish rump with rusty wings, greyish white below, paler on throat and undertail. The tail is black, tipped white (very conspicuous in flight ).

Their preferred habitat is mixed thornveld and riverine scrub, avoiding the highveld grasslands. Their distribution in South Africa is from about East London through Kwazulu Natal to the northern bushveld provinces. It is able to survive in the dry thornveld of the central Kalahari, but also in moist woodlands.

The Black-crowned Tchagra is usually solitary or in pairs. They forage largely on or near the ground, runs well, flies low between clumps of bushes. Their diet consists of insects and other invertebrates, also frogs and small reptiles. They feed on the ground, should danger threaten they run at very high speed to nearest cover, not normally flying.

The feature that reveals this bird’s, presence throughout the year, is its incredible call. It sounds almost as though it is playing ‘musical scales’, whilst learning to play a penny whistle. The call starts very low and slow, gradually getting higher and faster.

Their breeding season is mainly from October to December. The nest is a shallow flimsy cup of fine twigs, roots and tendrils, lined with finer rootlets, in a fork or on a horizontal branch of low thick bush or small tree, bound together with spider web, usually well hidden. The clutch is 2 to 3 white to pinkish white eggs, spotted and blotched with dark red-brown, grey and lavender. Incubation 14 days, mostly by the female, nestling period 15 days, fed by both parents, with grasshoppers especially the green sort.

The information for this bird fact sheet was provided by Willie Froneman in the Xanadu Eco Estate, Magaliesberg Biosphere.  The photograph was taken by Albert Froneman.  Sightings in the Crocodile River Reserve are confirmed sightings by Craig Whitting-Jones and Anthony Paton.