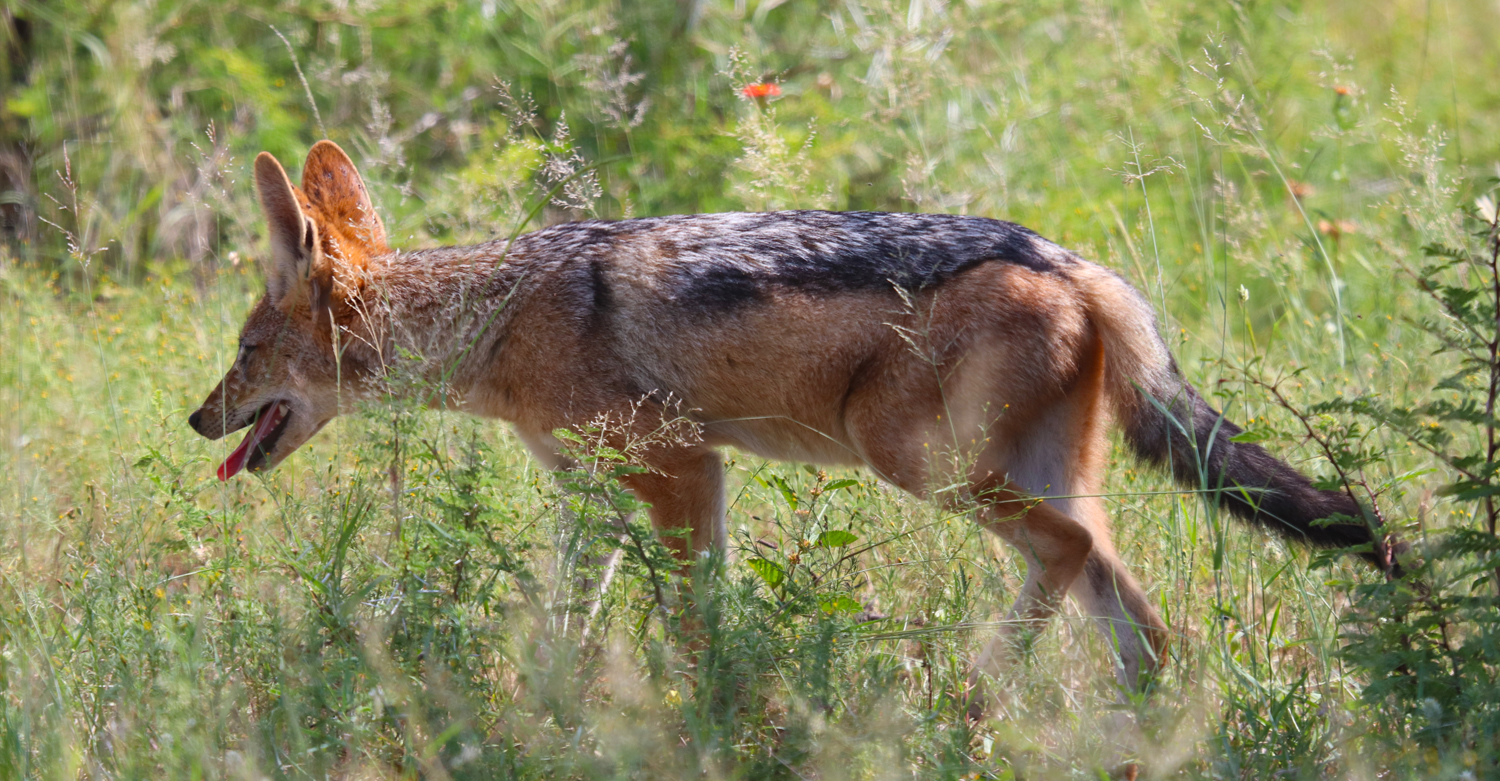 The Black-Backed Jackal is a wonderfully resourceful scavenger and cleans up all the offal and remains of dead animals when not dining on scrub hares, mongoose, mice, rats, lizards and snakes.

The silver black saddle along it’s spine makes it easy to identify, along with it’s call – which is often heard in the Reserve.

The Black-Backed Jackal is a monogamous and territorial animal. The basic social unit is a monogamous mated pair which defends its territory through laying faeces and urine on range boundaries. Scent marking is usually done in tandem, and the pair aggressively expels intruders. Such encounters are normally prevented, as the pair vocalises to advertise its presence in a given area.

It is a highly vocal species, with sounds that include yelling, yelping, woofing, whining, growling, and cackling.

Mating season takes place from late May to August, with a gestation period of 60 days. Pups are born from July to October. Summer births are thought to be timed to coincide with population peaks of rats and grass mice, while winter births are timed for ungulate calving seasons. Litters consist of one to 9 pups, which are born blind.

For the first three weeks of their lives, the pups are kept under constant surveillance by their dam, while the sire and elder offspring provide food. The pups open their eyes after 8–10 days and emerge from the den at the age of 3 weeks. They are weaned at 8–9 weeks, and can hunt by themselves at the age of 6 months. Sexual maturity is attained at 11 months, though few black-backed jackals reproduce in their first year.

Their average lifespan in the wild is 7 years, though captive specimens can live twice as long.